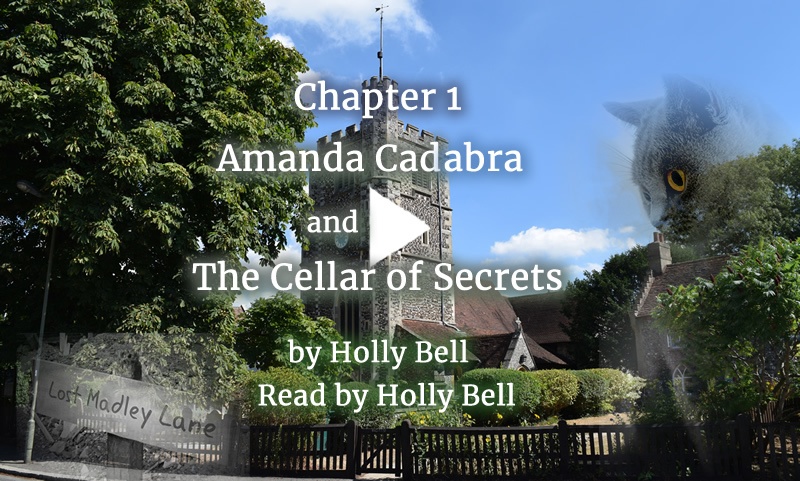 The moment has come. With Tuesday’s release of the paperback of Amanda Cadabra and the Rise of Sunken Madley, Book 4 in the series and the free days for Book 2 almost upon us, here is a new video made for you in the past few days.

The new video is just out. It is a reading of the first chapter of Book 2, Amanda Cadabra and the Cellar of Secrets by me with some clips and images to entertain you while you listen. If you prefer to read along or just read, the text of the chapter is below.

What goes into making a reading video like this?

It takes days. First, you need a good quality microphone, and I use the Rode NT, which I can plug into my computer. Some people have more sophisticated setups, but this does the job. Next, you need headphones so you can hear yourself read and also pick up on any interference or background noise that you don’t want. Next, I make sure I have ‘the script’: sometimes a printout, sometimes an ebook version. It helps to sit comfortably and to position yourself the optimum distance from the mic, which is about 6 inches. I use a floor stand for this.

What about background noise?

Without studio conditions, sound echoes off any hard surface: walls, furniture, doors, technology. So I use a foam filter, the shape of half a large tube that sits behind the mic. Next, I plug in the mic and make sure that the program I use and the computer recognise that that is how the sound is going to come in. Also, I set the recording to playback 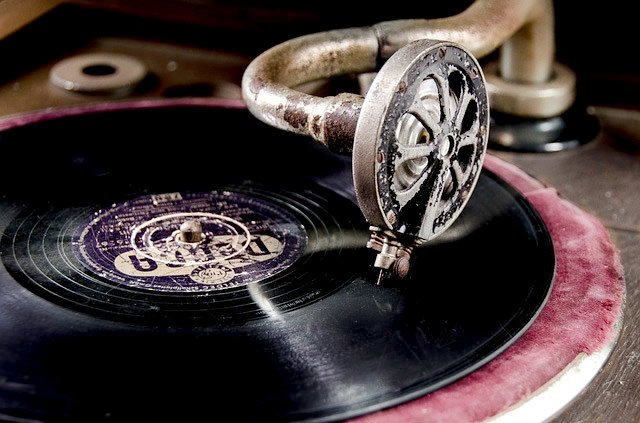 through the laptop or desktop speakers, depending on which I’m using.

If the ‘one, two, three, four, testing, Mary had a little lamb’, and the silence in between is ‘clean’ and clear then, there is a followup step: turn off all appliances that create background noise. That’s the tech set up.

So I can just go ahead and read and record now, right? Not quite. The enemy of voiceovers is mouth clicks. Those are extra noises your tongue makes releasing contact with it’s surrounding walls, floor and roof, so to speak. You want just the right amount of moisture around. How do you achieve this? The night before I make sure I have plenty of water to drink and the next morning too. I have tea or water handy and take sips every few sentences.

What if any get through regardless? Most can be edited out, but it’s time-consuming. I usually make two or three recordings of the whole chapter so that I can cut and paste from whichever one is the ‘cleanest’.

How long does each chapter take to record?

On average, 15 minutes to read. It can take longer. If you stumble over words, misread the script, hear your mouth clicking away, or neighbour slams a door, a car revs outside, a plane makes a low flyover, a helicopter passes … you get the idea. Then you have to stop, wait if necessary and re-read the sentence or phrase.

That’s just the recording. Next comes the editing. It’s a long and painstaking process to get the very best version possible. Additionally, it might sound too nasal or tinny, and that is adjusted using the graphic equaliser that comes with the program I use. I listen through both headphones and the computer speakers to check the quality.

Now the recording of the chapter is settled. What next? I add the introductory music that plays at the end too. This time, in a first-ever, I added some sound effects to signify the scene changes. 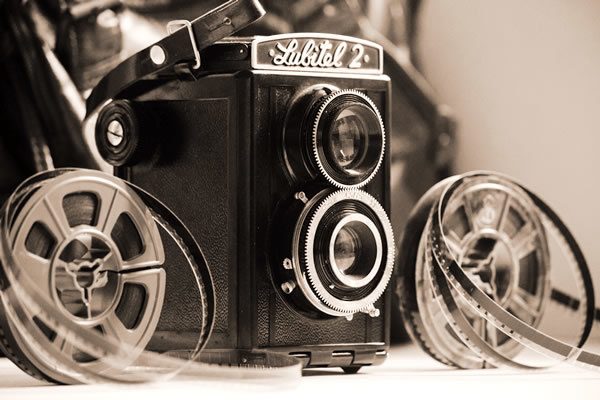 All done now? Not yet. I think it enhances your, the reader’s, experience if you have some visuals. This means gathering stills and clips. The still photographs need to be edited so that they are video screen shape. As all of the Amanda Cadabra books involve a trip to the past, one or two may need to be turned into a black and white or sepia version. As they are prepared the video is assembled, the audio track is added, and the stills and clips are synchronised with the text. Credits are added at the end.

Now it’s ready. Time to prepare this letter to you and announce its release. Just click on the screen above to be transported to Sunken Madley, Amanda Cadabra and The Cellar of Secrets. You’ll have 72 hours to download the book, free from Amazon from Tuesday to Thursday, 29th to 31st October. Both Book 2 and Book 4 will unite in a doubt cover reveal before then right here. Yes, Book 2 is getting a makeover!

Amanda Cadabra and The Cellar of Secrets

Why Amanda Found the Body

Call a doctor or search for clues? Amanda Cadabra took the few vital seconds to make the decision.

But then, she had never been impulsive.

‘Mrs Cadabra, with the best will in the world from you and your husband, your granddaughter could not have had a normal childhood.’

In response, the lady seated with regal posture on the chintz sofa, inhaled, and raised an eyebrow, rendering her larger violet eye even more magnified than usual. Her piercing glare demanded an explanation. Detective Sergeant Thomas Trelawney of the Devon and Cornwall Police was not easily intimidated, as Vic ‘The Headbanger’ Hardy could have told anyone brave enough to have asked him.

However, on this, his first visit, to 26 Orchard Row, Sunken Madley, Trelawney needed to make some kind of connection with Senara, Perran, and their beloved granddaughter and adoptee Amanda. These three were, after all, the only witnesses to the day of the incident, 28 years ago, that he was here to continue investigating.

‘Here’ was a village that had grown up out of the rural landscape over a period of 800 years. It lay 13 miles to the north of the Houses of Parliament, and three miles south of the border of Hertfordshire. Herts, as the abbreviation is styled, was home to Jane Austen’s Emma and the seat of the burgeoning aircraft industry in the last century. Since those days, the county boundaries had been moved so that Sunken Madley was now, technically, on the outskirts of Greater London.

Nevertheless, Sunken Madley still was, in spirit, a country village, off the beaten track, hidden by the encircling trees. It was distinguished only by its orchard of Hormead Pearmain apples, and fine stained-glass windows, adorning the medieval church of St Ursula-without-Barnet. Of particular interest to students of the art, was the composition of the saint and the little bear with the bag of apples.

A gust of wind cast a pink handful of cherry blossom against the living room window as Trelawney’s hazel eyes returned Mrs Cadabra’s gaze politely but unwaveringly. He said mildly, ‘In other words, Amanda wouldn’t always have been able to play in the fields, run up and down the garden, maybe eat anything she wanted, like the other children here could.’

‘One couldn’t expect you to know this, Sergeant, not having any of your own,’ Mrs Cadabra pronounced with sympathetic condescension, ‘but,’ and she took a loose hairpin from her white victory roll, ‘children … adapt.’ She speared the accessory back into her coiffure to signal that the subject was closed.

Trelawney hadn’t finished. He thrived on puzzles, bringing order to chaos, and justice to the wronged. However, above these assets, his soon-to-be-retired boss, Chief Inspector Hogarth, trusted his seasoned judgment, especially of when to operate with a light touch.

He swivelled his tall, slim, grey-suited form towards Perran, who smiled kindly and said, with his gentle Cornish-flavoured voice, ‘I know what you mean, Sergeant. But Amanda was always a very special little one. Since she was a bian, a baby, she spent her fair share of nights in the local hospital when we didn’t know if she’d pull through. We did our best to help her, but in the end, she learned the hard way that her choices had consequences.’

‘Did that make Amanda fearful? Wary?’

‘Oh no, Sergeant, just careful, wise even, beyond her years. Though in others she’s young for her age. But, as Senara said, she got used to things, like carrying her inhaler, avoiding certain food, watching the pollen count. Amanda always says, ‘It isn’t terminal, after all, it’s just asthma.’

It was asthma that had brought Amanda Cadabra to this moment, this room … this body.

She felt for a pulse.

It had all happened a great deal sooner than anyone in the village could have expected. Even Dr Sharma, who was in the know, when she told Amanda about the new allergy clinic, had said that it was months away.

Amanda had dropped in, to collect a repeat prescription for her asthma inhaler, on her way to see about a furniture restoration job. An eager trainee from infancy, Amanda had taken over her grandfather’s business.

Asthma and furniture restoration were unlikely bedfellows, with the toxic chemicals, dust, and hard physical labour. This had niggled Trelawney from the first time he had read the case file three years ago.

Amanda’s secret levitation skills enabled her to cope covertly but ably. Trelawney, however, was a long way from even contemplating this possibility. And even if he had been able to, it would have been only with extreme scepticism and inexplicable discomfort.

Still, Amanda took sensible precautions and always had her inhaler handy. Dr Sharma was a respected and gifted physician, and between her own magic and the general practitioner’s medicine, the asthma was under reasonable control.

However, there was no denying that Amanda’s chest momentarily tightened when Neeta Sharma had told her where they were going to build an allergy research centre.