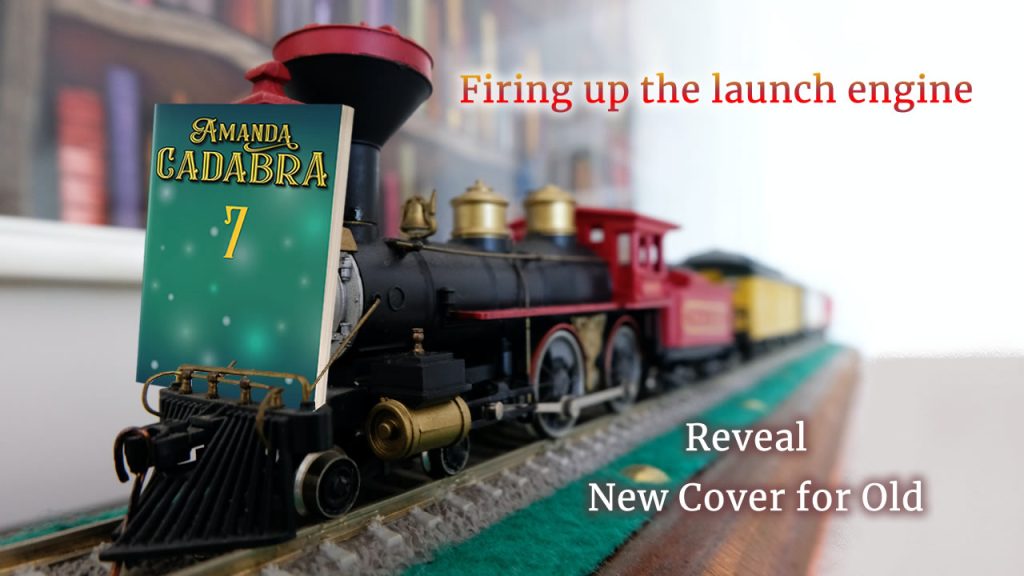 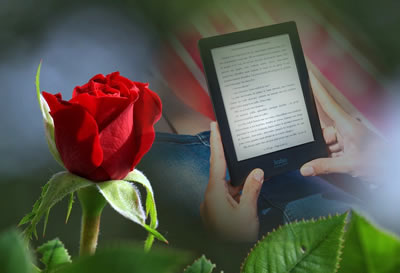 I hear you ask. Quite rightly too.

Please excuse the brief hibernation. I hope you enjoyed Valentine’s Day, which I also like to call Friends’ Day. Meanwhile, my love for you, my readers, and Amanda Cadabra is undiminished. But actions speak louder than words, so what have I been doing about bringing you the new sequel?

At the end of last month, I finished the manuscript, and it went out to Kim, our esteemed editor. Next, the front and back matter was edited: the British-American English glossary was updated, and a new plan and a new map were created. This version of the manuscript was sent to the VIP Reader Group (beta readers). That same weekend, a summary of the story went to Daniel Becerril Ureña, our talented cover illustrator.

At this point, I always fondly imagine that I can put my feet up, draw breath, and relax. The train is in the shed. The coal needs to be delivered. The engine needs to checked and tested. In other words, it is at this very moment that I realise how much I need to do to prepare for the launch.

There is a series of Letters to Readers to come. And they all need spectacular images. So, I have been creating: the title reveal, the partial cover reveal, and the cover reveal. Next, the trailer video needs to be conjured.

All of these projects require many hours of research to find the perfect video clips and images. Images have to be edited into slides. Some of the clips have been shot by Chartreuse or me. They have to be carefully chosen. The video project has to be compiled, sequenced, timed, edited, and transitions and titles added. What remains to be done? The opening, closing, credits and music.

The initial sketches arrived from Daniel: seven possible covers. I made a shortlist of three, and he did more work on them to help me decide. As soon as I saw that next wave, the choice of The One was clear. Since then, Daniel has created further layers, and with each of those, I am able to see what tweaks are needed. This morning I sent back what could be the last list. We are now close to the final version.

The cover illustration, once completed, can then be slotted into the video, and, naturally, the cover reveals.

Meanwhile, there are technical blips to be sorted out that require hours of consultation, but it’s a pleasure to work with dedicated, professional people. The website has to be bright and shiny for any who like to visit and browse the trailers, other videos, first chapters, maps, quizzes, glossaries, Wicc’Yeth dictionary, free prequel or past Letters to Readers.

It’s tremendously absorbing and creative fun. It does, however, take time and patience (especially technical malarkey!). Nevertheless, all of these projects are rewarding in various ways.

The manuscript came back from Kim the day before yesterday. I savour going through her notes. Most of the treasured VIP readers have sent back their notes for me. It is a great joy to touch base with all of you, by the way, and I will be creating a special thank you. 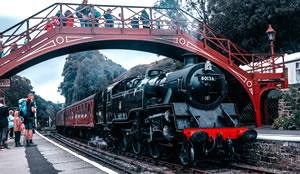 We are now around three weeks from launch, give or take a week or two at the most. I like to allow plenty of room for manoeuvre at this stage so that the process remains enjoyable for everyone involved.

The closer we get to pulling all of the threads together, the more specific I can be. And I like to add a little surprise, which I’m working on. However, the train is out of the shed and stands at the platform. The coal wagon is piled high. The engine is firing up.

In the Waiting Room

Here is something new to be going on with. The paperback for Book 2 now has its new cover, and here it is. You can only see this here unless you acquire the actual book. (Personally, I prefer actual tangible volumes that I can hold and mark and love and put on my shelf. I have some that I think of as my oldest friends.)

Can you see what Daniel has so cleverly created? The scene on the front shows a devastated old pub. The back cover rewinds time to when it was pristine. I was charmed when I saw this for the first time.

The next Letter to you, hopefully, next weekend, will be announcing the title of the new sequel. The whistle is about to blow.