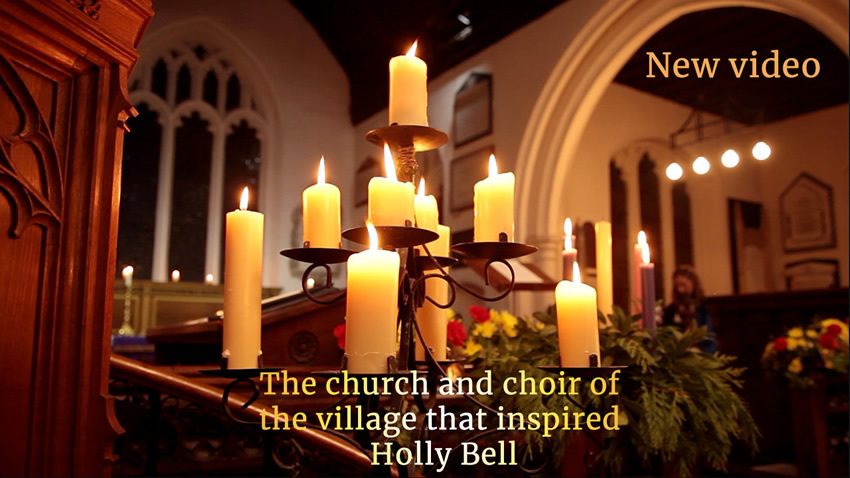 New Video and the Setting of the Amanda Cadabra Books

Today, here is the much-anticipated release of the video of the church and choir of Monken Hadley.

When I began formulating the very first book in the series, Amanda Cadabra and The Hidey-Hole Truth, before I had a title in mind or a location, I knew that I wanted an English village that I, as a city girl, born and bred, could understand. That is, a place with a richly diverse cultural mix of inhabitants which reflects the big cities of the UK and London in particular. So a hamlet on the outskirts of the metropolis would be ideal. It needed to be historic, green and pleasant. I studied the map and found a possible candidate. As soon as I drove into it, I knew that I had found my village. As the books are not about the actual place or any of the people who live or work there – and I knew no one there at that time – and the book is fiction, I didn’t want to use the real name: Monken Hadley. However, I wanted something that it inspired and, as the series is light-hearted, something comical. Hence, Sunken Madley. 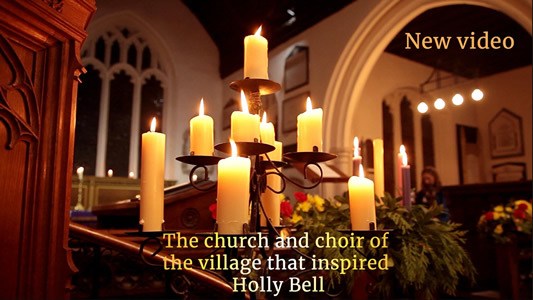 And so it came into being. Over the months, I visited and met the kindly folk of the village and was overwhelmed by their support, interest and generous co-operation in my literary, photographic and videographic endeavours. When one or two referred to me as ‘our author’ I was deeply moved. The people whom I have met have made me feel like an honorary villager, and I hope that the series does their beautiful location every credit and brings as much pleasure to you, dear reader, as it does to me in the creation of it. 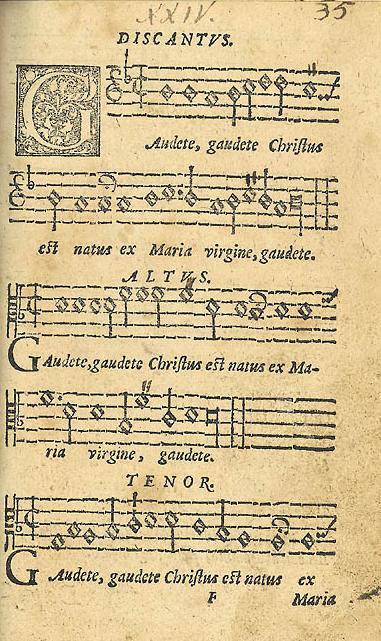 The video was filmed in the beautiful medieval church of St Mary the Virgin, Monken Hadley. It includes clips of the musical director Stephen Tatlow, without whom I would not have been able to bring this to your screens, rehearsing and conducting the choir singing for The Nine Lessons at Christmas last year. The song is in Latin, Gaudete, a carol of rejoicing. The image shows a page from the Piae Cantiones, a Swedish-Finnish sacred song collection from the sixteenth century.

If you think it’s entirely out of date, consider that it made it into the UK charts in the 1970s and was performed on Top of the Pops. Yes, really. In Latin, and to an enthusiastic audience. Which just goes to show that some things never go out of fashion indefinitely. Rather like the cosy mystery, which saw its birth and heyday in the 1930s and is now enjoying a welcome resurgence and immense popularity. 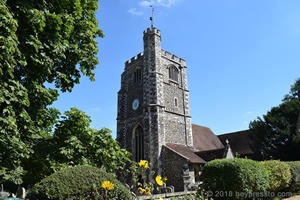 Should you ever get the chance, do visit the church of St Mary the Virgin in Monken Hadley. Its doors are always open, and the people of the village are friendly and welcoming. Sometimes there is a free music concert on Sunday afternoons when you can enjoy the sight as well as the sound of the gracious building. A few paces along the lane that runs past the church, and you will come to Monken Hadley Common, a wide grassy space, fringed and dotted with trees and with an actual village pond on the green. Come at the right time, and you’ll see the flag irises nodding on its margin. Regardless of the season, I have found it a delightful place to visit and photograph. Many of the images are here or in the book trailers.

Amanda Cadabra Book 4 is now in the pipeline taking place during the winter and possibly the beginning of spring. Would you like to be on the latest developments of that? Come on in to the Latest News group. Next up will be news of the paperback of Amanda Cadabra and The Flawless Plan and the first series box set.

Meanwhile, where will this next story be taking place? Sunken Madley. Where else?

PS. Apologies to anyone who has been trying to enter the competition. The send in button is now working properly so please try again.