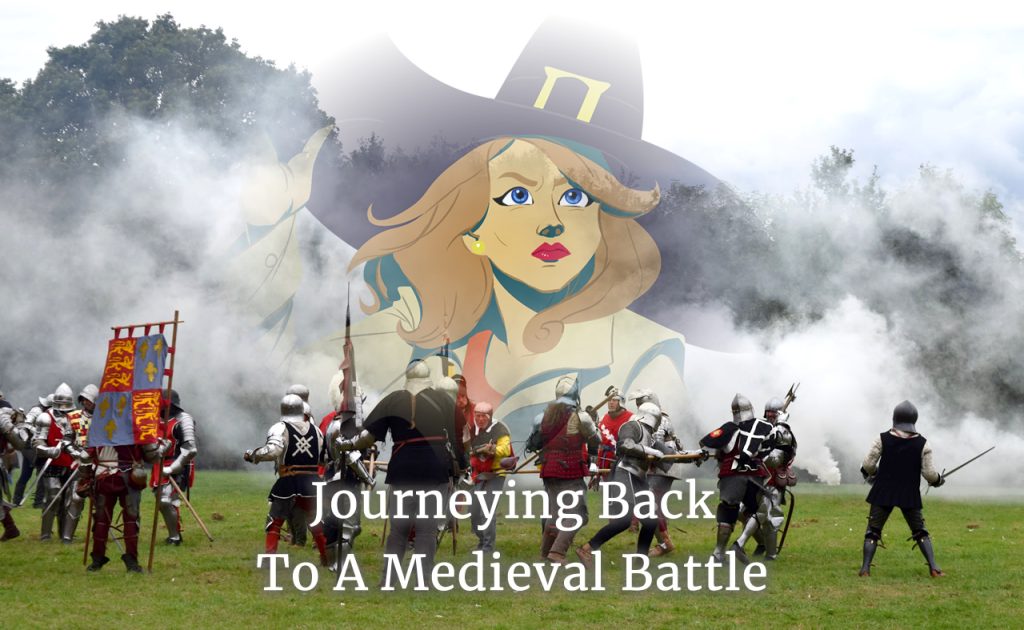 Into a Medieval Battle for The Next Cozy Book

Results of The Big Day

What happened last Sunday? It set off 4 free days for Amanda Cadabra and The Hidey-Hole Truth. There were some 25,000 downloads. So this is a quick narrative stop-off to say  a heartfelt thank you to everyone who participated in such a landmark event for me, Amanda and the series.

Just so you know what I did last summer, the fourth of my research trips (you can read about the others among these Letters) took me to The Barnet Medieval Festival to see the re-enactment of the Battle of Barnet, mentioned in the Amanda Cadabra series. 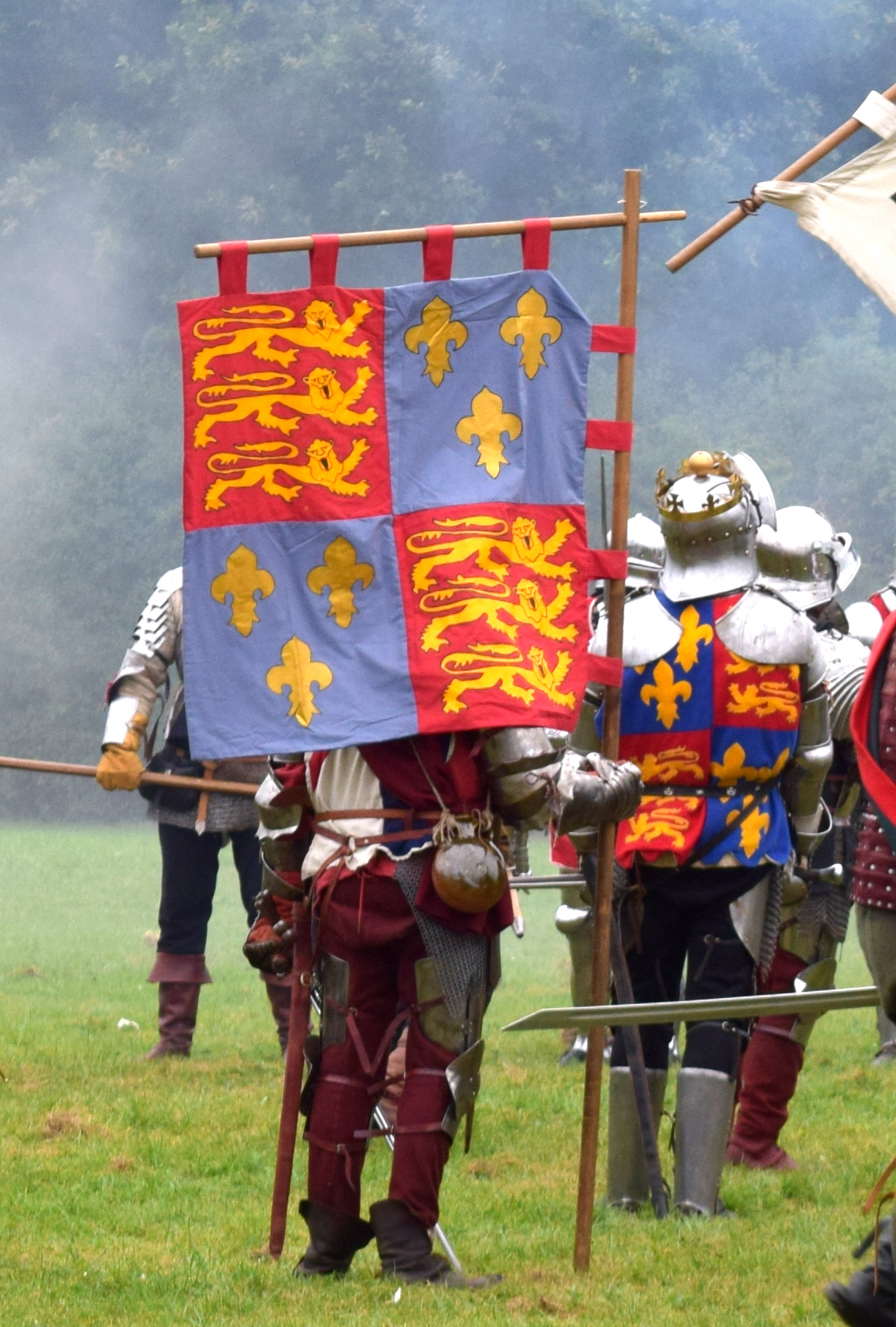 It’s important to the stories. This conflict would have ranged across Monken Hadley, the real village on which Sunken Madley is based. The re-enactment is an annual event and is key to the plot of Book 4: Amanda Cadabra and The Rise of Sunken Madley.

So much for past books. This was also a field trip for the story I am currently preparing for you, the seventh in the series.

Who Won and Why Does It Matter?

The current monarch, Elizabeth II, Queen of the United Kingdom of Great Britain and Northern Ireland, is a descendant of the Duke of York, who won the battle on that occasion. And there in the photo is his flag with the lions and the fleurs-de-lis. But because of the dense fog that day, supplemented by the smoke of cannon fire, the battle could have gone either way, and someone else could have ended up in The Big Chair. It was, in fact, a crucial point in the history of these islands. 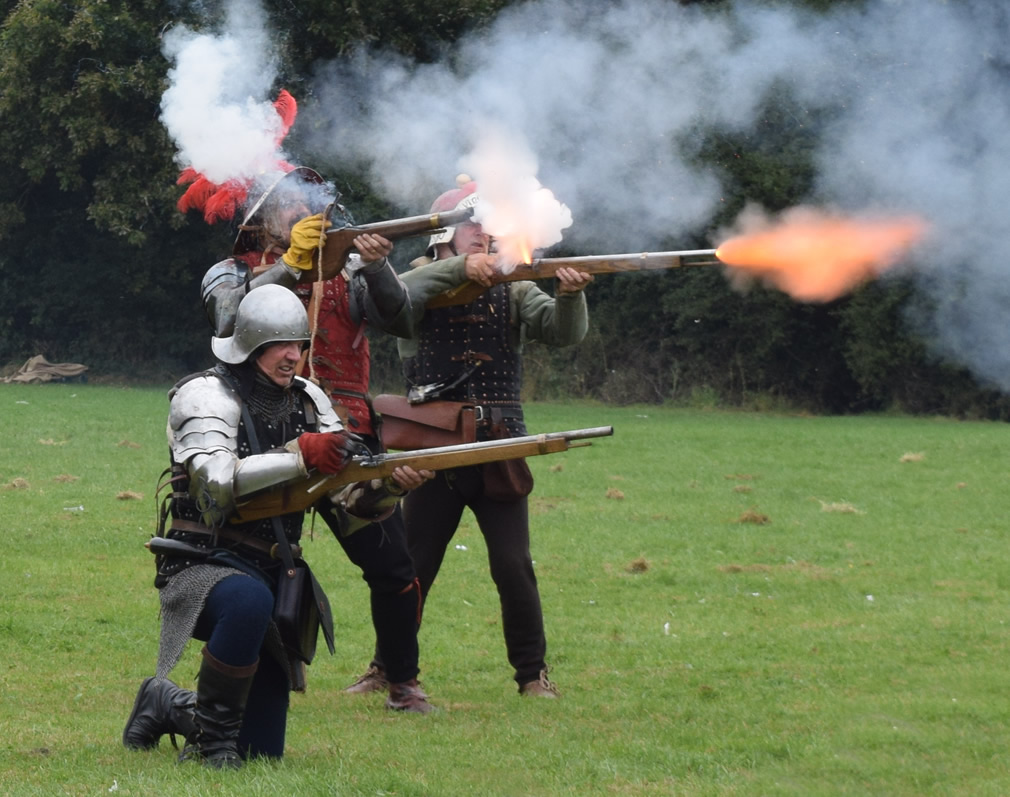 The weather conditions that prevailed on 14 April 1471 play a role in the new Amanda Cadabra book. So I wanted, in some way, to experience what it may have been like. On top of that, I wanted to meet a monk, which I did. Two, in fact. One of whom was a genuine, modern, cleric. The other, the Mad Monk of Mitcham, a medieval jewellery specialist and craftsman who serves the re-enactment community with both replicas and the genuine article, was able to show me some pieces that were 2000 years old, and told me about common accessories at the time of the battle. But that is a research story for another future book.

I was tremendously impressed by the knowledge of the re-enactors, who were kind enough to talk to me after the event. Historical accuracy is key for them. Their costumes were handmade, and many of the props were lovingly constructed by the re-enactors themselves. Others are supplied by re-enactment props 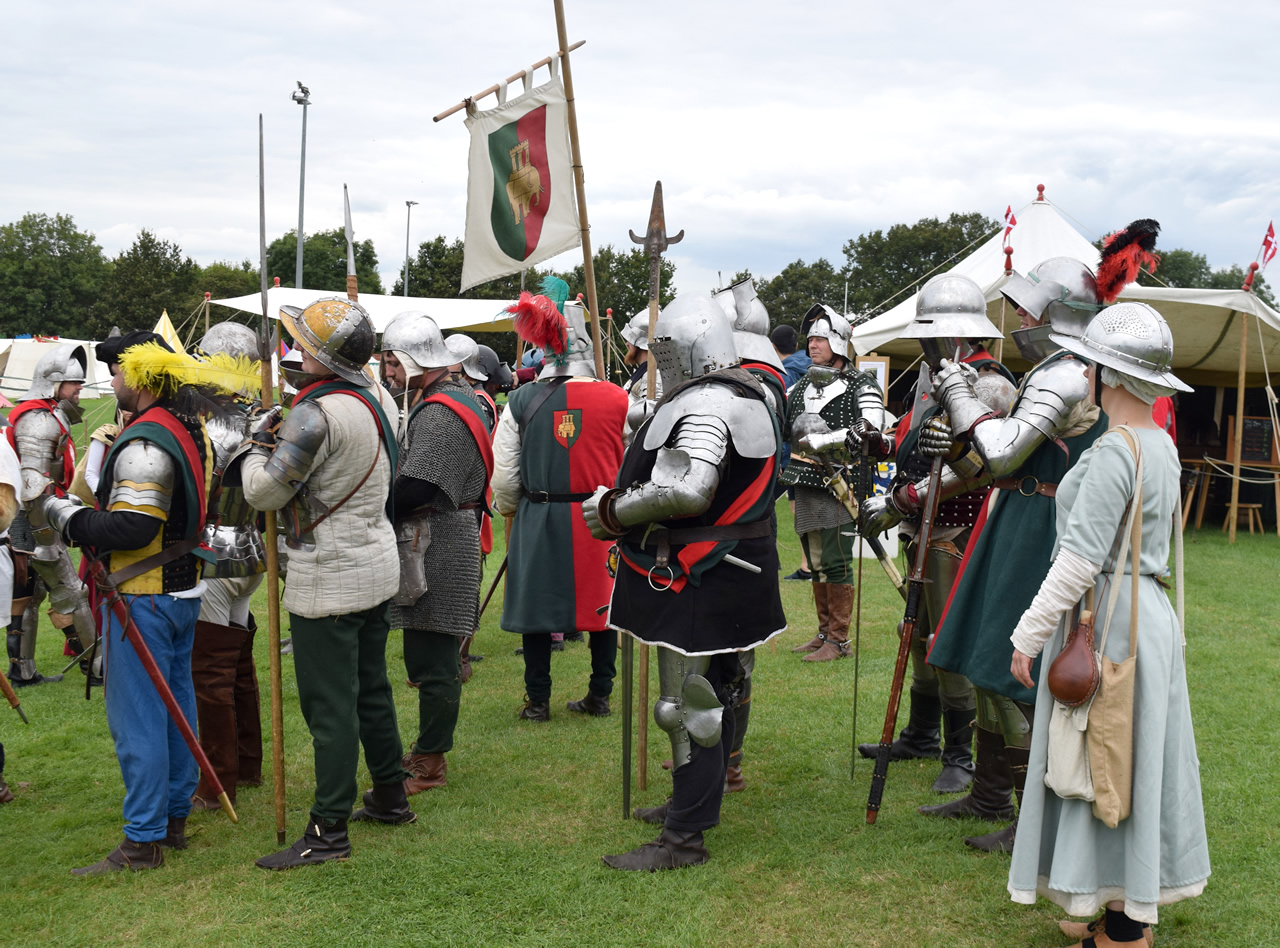 and costume specialists.
Excitingly, I was able to see first-hand how a costume that will appear in the next book was made. I visited a hat stall where I learned about the white linen caps that women wore: required by law at the time to cover their hair. Felt hats could go over the top of the cap.

During medieval times, there were waves of Sumptuary laws designed to differentiate between the social classes. How much notice was taken of these in practice is debatable (I’m guessing, very little).  In theory, specific fabrics, such as satin and velvet, and certain colours were allowed to be worn only by the élite, for example crimson, dark reds, royal blue and purple. Others, including surprisingly bright ones like blue, russet and yellow, were worn by the lower classes. All of this has 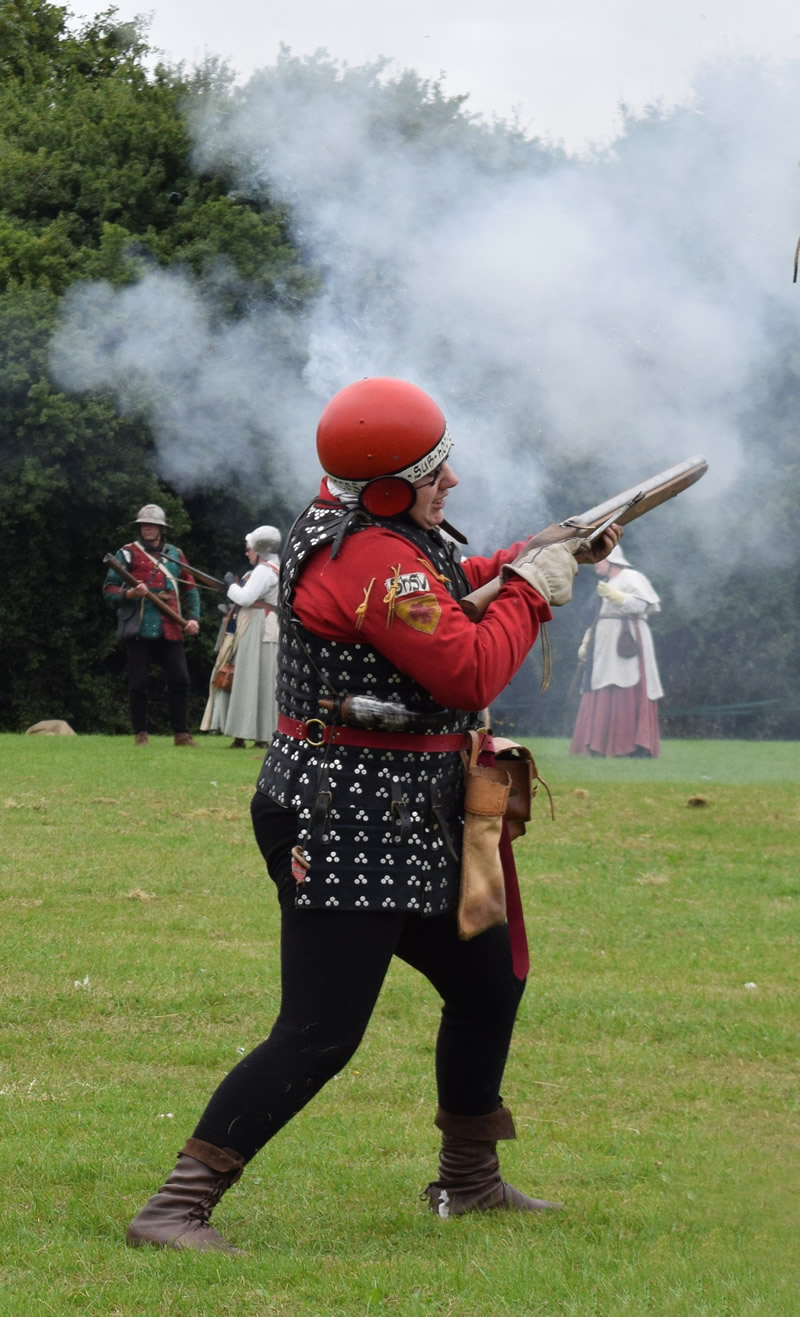 gone into the new Amanda Cadabra book. Women’s dresses were made of linen or wool, and the re-enactor who explained all of this allowed me to feel the weight of her skirt – heavier than any dress I have ever worn.
‘But you get used to it,’ she explained cheerfully.

Surprisingly, there were a fair number of women on the battlefield, as you can see from the photos. We know that certain noblewomen did lead armies into battle over the course of the medieval period. But what about ordinary female folk in Britain? There is evidence that they supplied the fighters with water, medical aid, ammunition and even fired weapons. We don’t know if they did actually fight. But then we also don’t know that they didn’t.

I hope that this has enabled you to savour some of the excitement I experienced on that action-packed day out and its breadcrumbs to the next books. I have now finished the second draft of the new Amanda Cadabra and have begun the first editing pass. Next stop: I go to meet my apple. An unforgettable, emotional encounter and a remarkable horticulturist made for the high point in and grand finale to my field trips of the season. You never forget the moment you first see …. But more of that to come. Next time, as it’s a festive weekend marked by feasting, I’ll be announcing the new Glorious Cozy Food Quiz, an all new, all picture puzzle for few fun Christmas or otherwise moments.