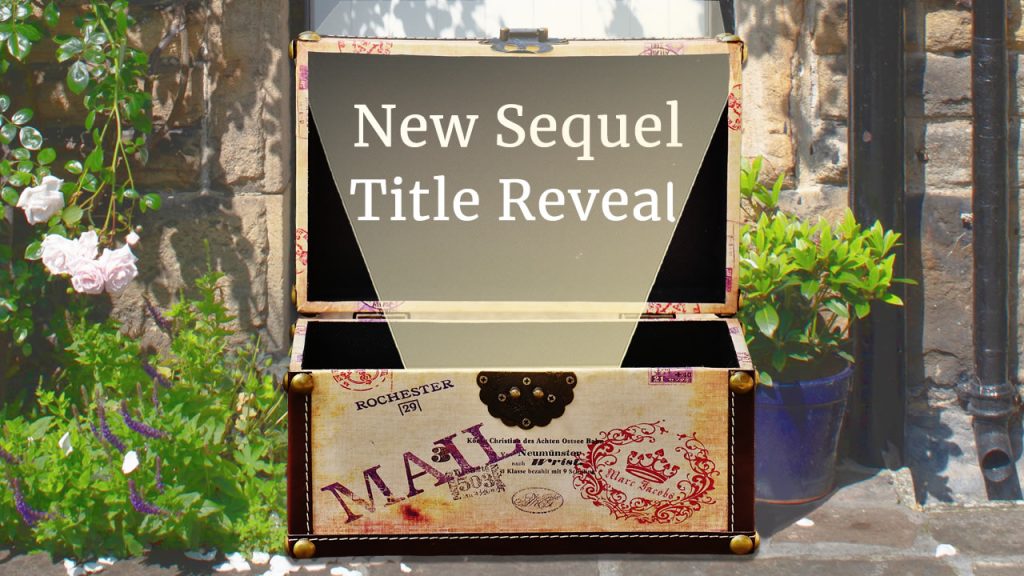 Here it is at last. The day has come. This is where it begins: the run-up to the launch. And the title of Book 7 in the Amanda Cadabra Cozy Paranormal Mystery Series is … 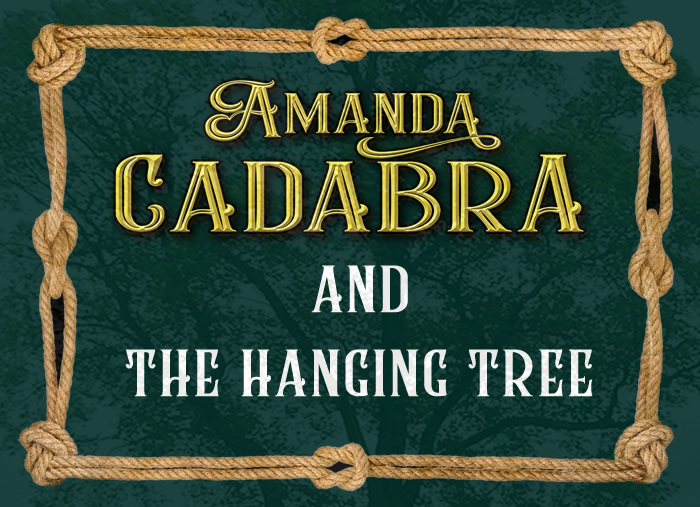 Today I got the new pass of the cover illustration from Daniel. It’s a final tweak away from being The One. So next stop is the partial cover reveal.

The manuscript is back from Kim, our diligent and intuitive editor, and from our superb team of VIP Readers who have read and checked the book for any amendments. My sincere thanks go out to each of you who have kindly given your time and attention to helping polish the new book to a gleaming shine.

Now it’s time to make those adjustments so that it will be as near perfect fit as possible for both you valued existing cozy readers and new ones yet to join us.

News to come: the surprise I have in mind for Launch Day.

Happy End of Winter (or Summer, depending) 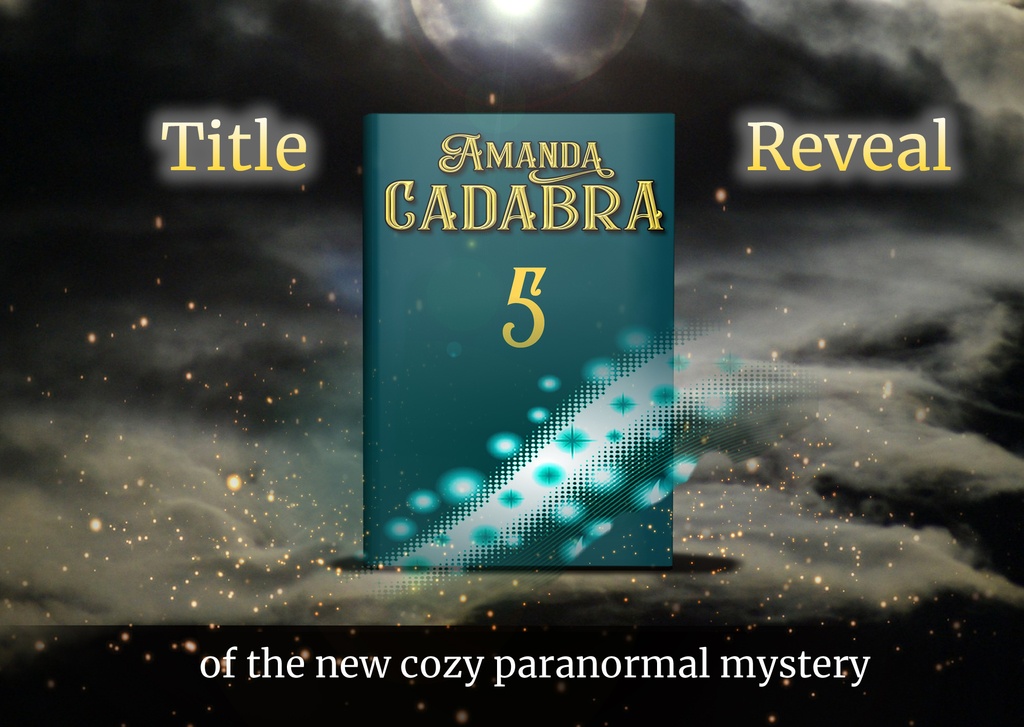 After a long and winding road this year, I was reunited with my first love and what readers want most from me: writing books. Hence the recent dearth of blogging, tweeting and Facebooking. With everything else on the back burner, Amanda Cadabra Book 5 burst into life and is almost ready to emerge into the light of day. Beginning with — drum roll, please — the title:

What if you’re new to the series? 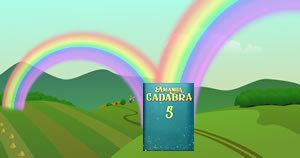 This is the fifth in the British humorous cozy paranormal mystery series. Do you need to have read the first four books? No. It has its very own murder mystery, as does each of the novels. However, you’ll enjoy the story even more if you’ve read the preceding volumes. Why? Because there is an overarching story arc that comes to its conclusion in Amanda Cadabra and The Hidden Depths. However, the new tale is also the jumping-off point for a new thread that will flow through books to come, so it’s also an excellent place to join the joy-ride.

There are a couple of spoilers in order to do a catch-up for new readers, and as a reminder. That’s just in case it’s been a while since you read book 4, Amanda Cadabra and The Rise of Sunken Madley. By the way, in case you’re thinking of diving into the series, all of the books, 1- 4 are available in paperback as well as on Kindle.

What’s the series about?

Amanda Cadabra is an asthmatic furniture restorer and covert witch from the age of six. Her abode is the quaint English village of Sunken Madley, full of endearing eccentrics. Brought up by her loving magical grandparents, Amanda knows she must keep her unusual gifts a secret. Among them is a strange connection with her familiar, the irascible feline, Tempest. The other, ghastly members of her family met their end at the bottom of a Cornish cliff after a van accident. Or did they? The how and why are the cold case investigated by the personable but intractable Detective Inspector Trelawney throughout the series to date. 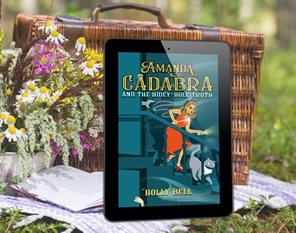 Book 1, Amanda Cadabra and The Hidey-Hole Truth, will be free to download from Amazon for a couple of days after Book 5 launches. So you or your friends can try it on for size, and see if Amanda and Sunken Madley draw you in.

What then can you expect in terms of the book arriving on your screen or doormat? There will shortly be a cover reveal (our illustrator Daniel has been busily conjuring it), a trailer video and, at the end of the month, the first chapter will be free for you to read in a special edition of the International Dublin Writers Festival magazine. This coming weekend look out for the launch of Kindle version of Amanda Cadabra and The Hidden Depths. The paperback will follow as soon as my fingers can format it.

Right now, the manuscript has come back from our star of an editor, Flora, and most of the sensational beta readers of the VIP Readers Group. The feedback so far has been everything any author could wish for.

Back soon with more news and hopefully, the unveiling of the new cover. 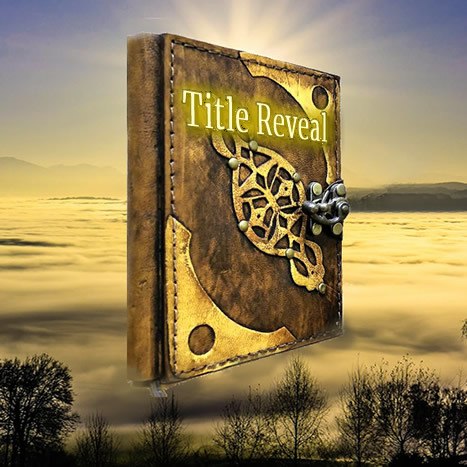 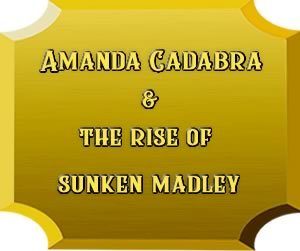 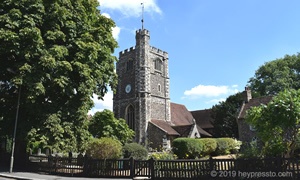