Tag Archives for " Mymap for authors " 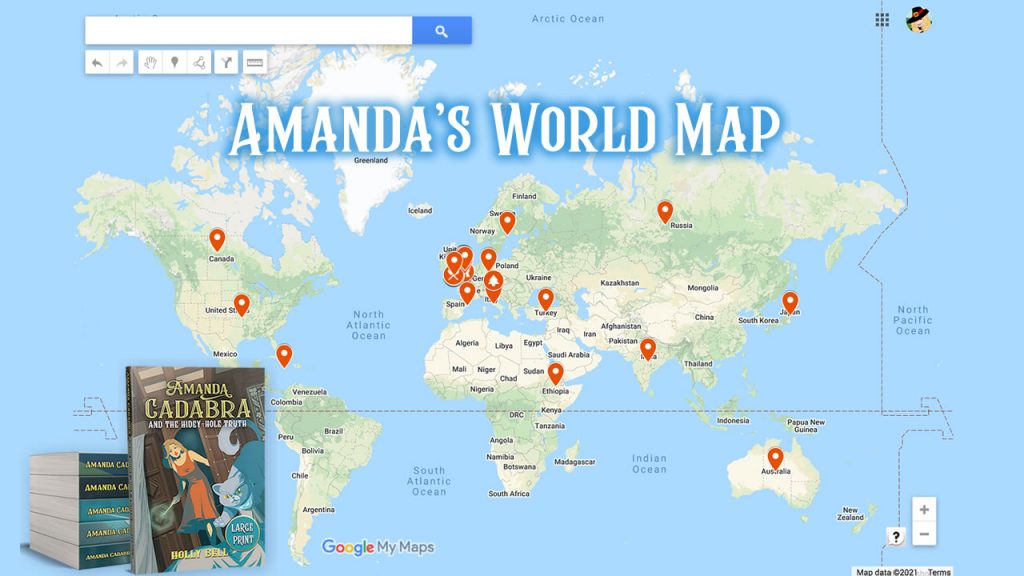 As promised last time, here is the launch of something new for Amanda’s world, that I think you may enjoy playing with as much I did in the making of it.

Custom Google Maps for books? I was intrigued by the recommendation in a newsletter from my favourite promoters, Books Go Social. It was probably a lon 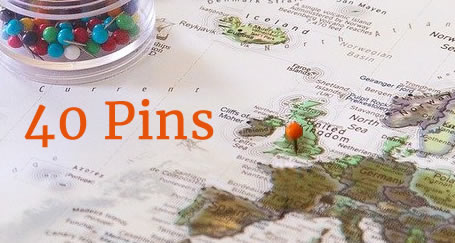 g and complicated procedure, I considered, but was too intrigued to let it drop entirely. Then, during the watches of the night, the impulse came. It was Time.

Following the excellent instructions by Jennifer S Alderson, I crafted away, adding pins, first to the obvious places, like Amanda’s village of Sunken Madley, ‘lay 13 miles to the north of the Houses of Parliament, and three miles south of the border of Hertfordshire., and Parhayle, home to Detective Inspector Thomas Trelawney. Then, in a flurry of excitement, I set about adding others.

In the Real World?

But wait, how do you put fictional towns and villages on a real life Google Map? Well, if they’re based on real life places then you can. It so happens that Sunken Madley is inspired by Monken Hadley, and Parhayle by the fishing port of Looe in Cornwall. Chief Inspector Michael Hogarth lives in Mornan Bay, in a similar location to  Talland on the coast near Looe. However, Romping-in-the-Heye and Upper Muttring are simply in the vicinity of Sunken Madley rather than being pinpointable hamlets, so they had to take a backseat for this particular outing. 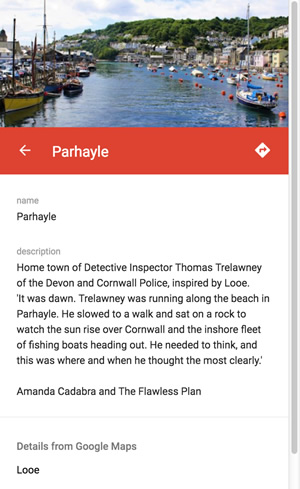 Nevertheless, for the most part, other locations from Amanda’s world do, in fact, exist in ours.

So having added the pins, the fun really began. You’ll see that as a result of joyful finding, editing and linking, each pin has a note about it. Most also have one or two photographs, and nearly all have an excerpt from the relevant book in the series as well as a note about its relevance to the Amanda Cadabra series. There’s even a very small hint from one pin, of the next book to come!

There is just one place that has not been pinpointed because I thought it would be too much of a potential spoiler. I won’t say which book this refers to, but I think if you’ve read it, you’ll know.

So here it is, with 4o pins, unveiled for your entertainment. I do hope that you enjoy playing with it as much as I had creating it. You can set it to satellite view, daytime, nighttime, street view. Visit the locations, select streetview to walk around in the shoes of the characters.  Click on the pin, and a little window will come up for you to see the photo and read the excerpt. If there’s more than one photo, you should see an arrow or a number to click on, so you can view the next image.

If, by chance, you detect a place that’s missing and you deem worthy of its rightful dot, I’d be thrilled if you told me. Any suggestions for pins, images, or anything else would be enthusiastically received. It is still a work in progress and I hope to add more pins, photos and even video over time.

Ready to explore? You can either open a new full-page Google map by clicking: Full Size, use the map below or the one in the site map section here

So, I hear you ask, this is all very well, but where is the next book in the series? I have been deep in research, typing up notes and conjuring to new scenes. 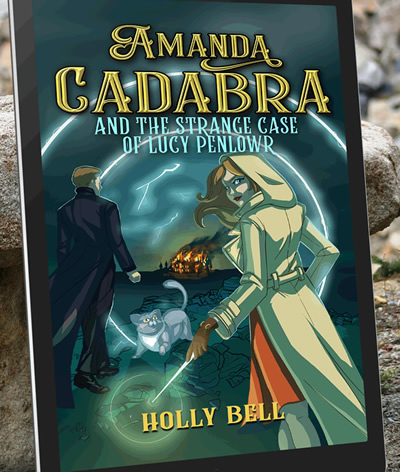 If you, or your cozy mystery fan friends have yet to read book 6 in the series, Amanda Cadabra and The Strange Case of Lucy Penlowr, this month by signing up to Netgalley, you can download it free of charge in return for a review. Although this is mainly a site for publishers, librarians, booksellers and bloggers, you can join as a consumer reviewer, as many enthusiastic readers do. From time to time books for the Amanda Cadabra series have appeared on Netgalley. Often authors and publishers post new work before publication there so it can be a treasure trove of to-be-discovered literary gems.

I have also, as is my wont whenever possible, gone in search of more picturesque villages to delight your eyes and inspire my imagination of dear Sunken Madley. I hope to bring you a taste of that next time.